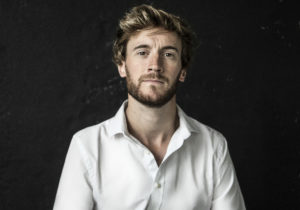 Ian Arber is an award-winning composer and multi-instrumentalist. A classically trained cellist and pianist, Ian is known for combining live and electronic elements in his scores, using his cello to create rich, melodic phrases, and manipulating organic tones to create unique synthetic atmospheres.

Ian’s career has gone from strength to strength following on from a year which included scoring BBC One’s six-part conspiracy-thriller The Capture with Blur’s Dave Rowntree, and becoming the youngest composer ever to be officially commissioned to write the theme for the BBC Proms. He also scored the award-winning documentaries Hitsville: The Making of Motown and Show Me The Picture: The Story of Jim Marshall, and composed new music for season three of Netflix Original Medici.

Other projects include writing the music for BBC Two comedy series Quacks starring Rory Kinnear and Rupert Everett, feature-film My Name Is Lenny starring John Hurt, coming-of-age drama Scott and Sid and assisting composer Joe Kraemer on his score for Mission: Impossible – Rogue Nation. Ian also scored the award-winning documentaries I Am Bolt, and Mo Farah’s No Easy Mile. He collaborated with Hip-hop legend Nas on the opening titles for I Am Bolt and co-scored No Easy Mile with Blur’s Dave Rowntree.

Music from The Capture