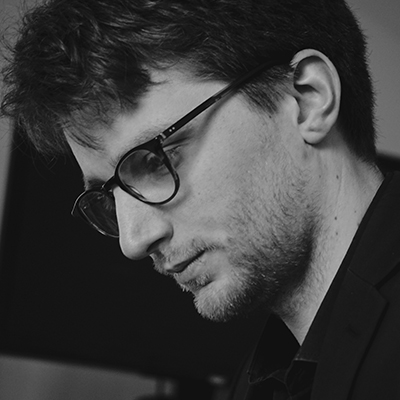 Dan has assisted high-end composers on several films and 2019 has seen him score in his own right.  Passionate about film music, he scored his first film at 16.  His second film Going Under (Toby Paton) was nominated in the ‘Up and Coming’ category of London Film Festival. Since then he obtained a music degree from Oxford University as a Leask Scholar, and interned at Hans Zimmer’s Studio in Los Angeles with Henry Jackman’s company Sacred Tiger. Earlier this year, Dan wrote the music for Toby Paton’s VICE documentary, The Brexit Storm, which was broadcast on BBC2, and Jason Wingard’s comedy Eaten By Lions, was released nationwide at the end of March 2019.

Dan’s music was featured at the London Film Festival in Harry Lighton’s short, Leash, which was nominated in the Best Short category and Jason Wingard’s feature, In Another Life, won Best UK Feature at Raindance.  Another short, Andrew Toovey’s Only Child was nominated for a BAFTA Cymru Award, as well as winning the Top Shorts Best Score Award.  He worked for Ivor Novello winner, Joris de Man (Horizon Zero Dawn, Killzone 2) on the Horizon Zero Dawn Frozen Wilds Playstation soundtrack and he was on Joris’ team for the feature Chuck Steel.

His music has been used in commercials including Sainsbury’s, HSBC, Worldpay, 7IM, Anglo American and Edwardian Hotels.  He’s an affiliated composer of The West Pier Music Team, along with Peter Michael Davison, Joris de Man, Rob Lane and Lee Pepper.  He assisted Peter on the 2019 animated feature, Strike .

Dark side of the Sun dir. Samantha Michelle

NB. Dan has also created music for lots of corporate content for brands including HSBC, Smiths, Worldpay, AB investment, 7IM, Rio Tinto, Moet Chandon, Edwardian Hotels, Sainsbury’s and Anglo American, to name a few. As this is corporate work they have not been included on this credit list which is a list of Dan’s narrative film work, but if you would like to see those films please get in touch.

Eaten By Lions Behind the Scenes from Emoticon on Vimeo.