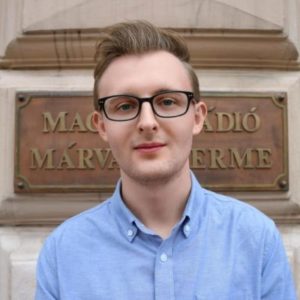 London-based, Jeremy James Hunt has been rushed off his feet in early 2020, assisting several A-list composers (they remain nameless).  He is slated to score a feature horror film.

In early 2019, he completed his score for Tayo Odesanya’s psychological drama ‘Grey Suits Us’, starring Nabhaan Rizwan from BBC’s ‘Informer’. The score was recorded at Abbey Road Studios in London. Prior to this, Jeremy scored Jack Spring’s comedy feature film ‘Destination: Dewsbury’, which premiered at the Beverly Hills Film Festival in 2018 and had its UK premiere at London’s Prince Charles Cinema in February 2019.  He continues to be Jack’s composer of choice, so watch this space!

Jeremy regularly records his film music with the Budapest Scoring Symphonic Orchestra, and has had his concert music performed at some of the finest music venues in the UK, including the Dora Stoutzker Concert Hall (Cardiff) and the Turner Sims Concert Hall (Southampton).