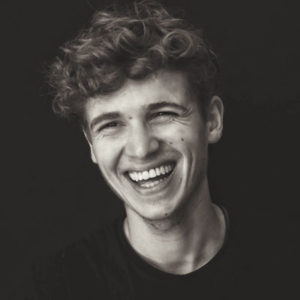 2020 kicked off with more attention on the controversial  Paramount and BBC feature, ‘Blue Story’, produced by Damian Jones.

In 2019, aside from Blue Story, Jonathon wrote the music for dance company, Northern Rascals, and their new show , ‘The Mesmerist’, which premiered at York Theatre Royal in February 2019. It featured 45 minutes of continuous score ranging from bombastic waltzes and ambient lullabies to soaring strings and pots and pans percussion. It was described as ‘spellbindingly absurd’ and ‘strikes a primal melancholy that makes us want to cry’. Northern Rascals were recently commissioned to further the story of The Mesmerist into an outside performance piece.

Other credits include the hit Youtube series ‘Shiro’s Story’, (his first partnership with Rapman) starring Joivan Wade (The First Purge, DC’s Doom Patrol) and Percelle Ascott (Netflix series The Innocents). Telling the tale of double-crossing lovers and drug dealers in long-form narrative rap, the series managed to spark the attention of Jay-Z, Island Records and later, Netflix. It garnered unanimous media praise,(The Guardian, BBC news and Evening Standard all did features on the series) and worldwide support with nearly 7 million views for each episode, and part 2 winning the coveted ‘Video of the Year’ at Grm Daily Rated Awards. Assisted by cameos from Ashley Walters (Top Boy, Bulletproof) and London rappers Cadet, Headie One and Konan from the duo Krept and Konan. Jonathon also composed the trailer music for Part 3.

He was specifically thought of by director Alex Hardy to score his psychological horror short, ‘This Little Death’, starring Sarah Bauer (Casanova) and Jay Simpson (Chernobyl, Netflix series Frontier). The film is about to play at 2019’s Frightfest, and won ‘Best UK Short and ‘Best Thriller’ at the London Independent Film Festival. Earlier the same year, he was approached by ABF: The Soldiers Charity to write the music for a short film they had commissioned called ‘I Am with You’. The film explores the heartbreaking realities of losing loved ones in conflicts around the world. Canadian film, ‘Living Together’ garnered him his first award nomination in 2018 (Best Original Score at London International Film Festival of World Cinema) and first award wins (Best Original Music and Best Sound Design at Canada Cinema WorldFest).

Jonathon trained as an actor at the renowned Rose Bruford, where the likes of Gary Oldman had trained before him. It was here, and partially through his time at the BRIT School (where he scored his first film in 2011), that he concretely discovered his love for the music in films more than the acting in them, and a year after graduating in 2017 and landing roles in TV and film, decided to solely pursue his love for media composition in 2018.
LINKS:
www.jonathondeering.com  –  Website
https://www.imdb.com/name/nm4855328/?ref_=rvi_nm –   IMDb
http://www.soundcloud.com/jonathondeering –   Soundcloud