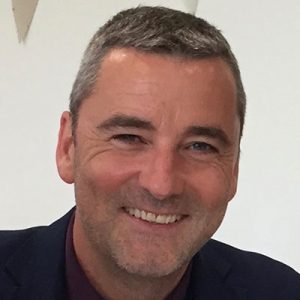 What do Damon Albarn and Shaun The Sheep have in common?  Michael Smith! What may surprise some is that Mike has a proven track record in writing music for film and tv. Most recently, he wrote, produced and performed some songs for Aardman’s Shaun The Sheep:Farmageddon (2019) stop action film, to be released later this year. He won an RTS Best Music Award for his score to the Bristol Based hit indie film, 8 Minutes Idle (Arthur Cox, iFeatures, BBC Films, and Matador Pictures).

As a partner in Electric Wave Bureau, he co-composed and arranged the score for The Kid Who Would Be King (2018) as well as award-winning Broken starring Tim Roth and Cillian Murphy.

Mike’s film and tv scoring ambitions have often been interrupted by working and touring with Damon Albarn and he has recorded and toured extensively with household names such as Blur, Gorillaz and The Good The Bad and The Queen.  An original member of  Gorillaz’ live band, he was Musical Director for the box office-busting Gorillaz 2010 world tour including historic performances in Syria and Lebanon.

He was part of Damon Albarn’s solo project live band ‘The Heavy Seas’ performing amongst others, songs from Albarn’s solo album ‘Everyday Robots’ for which Mike wrote the string arrangements.

Mike worked in collaboration with exiled conductor and leader, Essam Rafea on The Orchestra of Syrian Musicians Live Shows.  It was produced by Africa Express and featured Damon Albarn, Paul Weller, Julia Holter among others and performed at London’s Festival Hall and the Pyramid Stage at Glastonbury.